You are here: Home > Our Successes > Monetary Donations > Carrie & Being a flight Volunteer

Carrie and Being a flight Volunteer 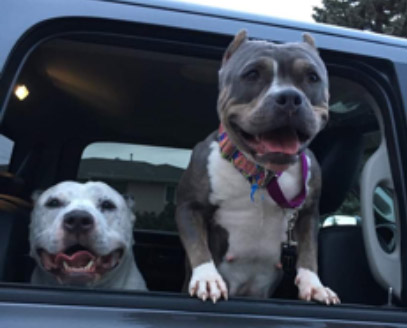 Carrie fitting right in with her other rescued pitbull buddy. It took a lot of people to get her to this state., to all, a heartfelt “thank you”., from Carrie. 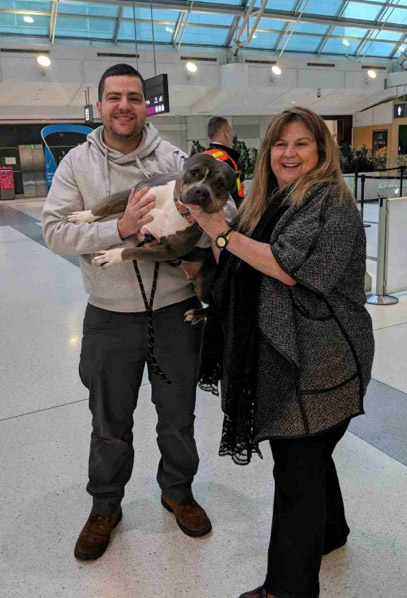 7am, April 30th, 2019 Cindy with Felipe Silveira-K9 Co-Ordinator of the Kitchener/Waterloo Humane Society. Where I adopted my PitBull rescue, Red, for his story click here: https://www.doncherryspetrescue.org/rescue-stories/reds-rescue-story/

Meet Carrie.  She is my first experience in being a flight volunteer. My hope is that more dog loving travelers will consider being one.  Whether domestic or overseas, there is always a dog needing transport from unhappiness to living a life that was meant to be.

Check out one of the many rescues in Canada that use this service:

It all started with an email that I received from a volunteer dog walker at the Kitchener/Waterloo Humane Society.  Three Pitbulls had been lingering there for a while.  Seeing they are a breed that Ontario has banned, they are hard to place.

Click here for more on my views on this ban: https://www.doncherryspetrescue.org/pitbull-propaganda/

I immediately started with my go to person in saving dogs, my pal Carla.  She made a few calls and sure enough she found two rescue groups out west that would help us out. They didn’t even know the Foundation was willing to sweeten the pot to the group that would take them &/or pay for the shipping. But wait!  I was going out west to the Western Hockey League Awards Banquet in Edmonton due to my “real” job, and that is with the Kidney Foundation of Canada.  So, I decided to be a “flight volunteer”. I heard about such a program, where a traveler could make a dog its excess luggage and pay that fee, as oppose to higher cargo rates.  The good news is that I was flying West Jet as I always do. If I had been flying our beloved Air Canada, it would have been a “no-go”, for they have banned those “strong” & “dangerous” type dogs.  A quote from their own website.  This includes: Pitbulls, or variations thereof, such as Bull Terriers (yes, Dad, Blue is banned), plus ALL Mastiffs, such as Cane Corsos & Neapolitans.  They also extend this ban to Wolf Dog Hybrids, and ohhh, I forgot: all “snub-nose breeds”.  For you real dog people the term is brachycephalic dogs, such as Pugs, Pekes, Frenchies, Boxers, ect.

The staff at the KW Humane Society were wonderful to work with. They started their journey to Toronto at 5am.  The kennel was decked out the way it should be for transport.  Live Animal stickers, a drip water bottle outside the cage, Carrie’s picture and name taped to the kennel, plus all contact info.  Inside they had laid carpet, plus a blanket and chew toy. Plus, a folder with all her past history and health documentation, and a small bag of food was given to me.   It was done with loving care and professionalism.

West Jet was also very efficient and painless to work with.  I even had reserved space for actually 2 dogs, and had paid in full, and had to cancel the night before for one dog, and they gave me a refund on that cost.  Amazing! One thing they did while checking out her kennel, was take a swab of her mouth.  I asked why, but they just said it was procedure.  I later found out this was for detecting drugs or explosives. Think about that one.  But the real piece of resistance is when sitting on board waiting to take off, and me fretting over whether she made it on board, they came over to tell me she was on the plane.  (see picture of the slip they gave me).  I was so relieved.

On arrival, West Jet got me a large rolling cart, and helped me maneuver her to the curbside, where her foster Dad was waiting in his truck.  The kennel was too big to fit in the cab, so we took the chance she’d be a good girl out of it, and on the seat she sat for her “Freedom ride”, to a better life.  She is such a sweet girl, full of milk, as I am sure her jailbird owner bred her continually to make money off her pups, which were nowhere to be found. So, she has paid her dues, and if it were not for so many people taking action on her behalf, she may have made it back to owner who wanted her back.  No way, we all made sure of that!

My real job promoting organ transplant in Canada via the Kidney Foundation and the WHL. This campaign has a raised close to half a million in the last two years.

If you want to read more about the organization that took Carrie in, please click here. The Foundation has donated in the past to Jade and her volunteers. 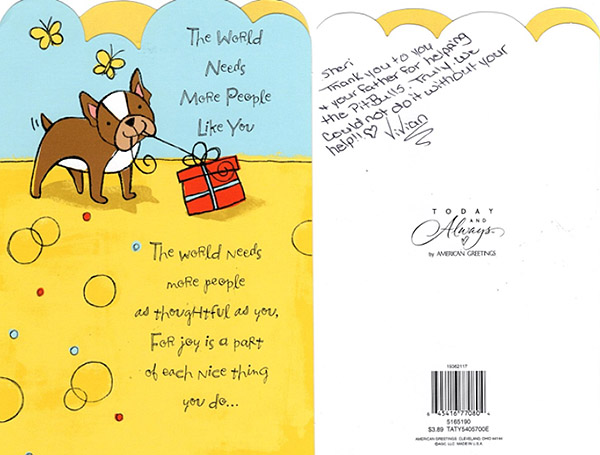 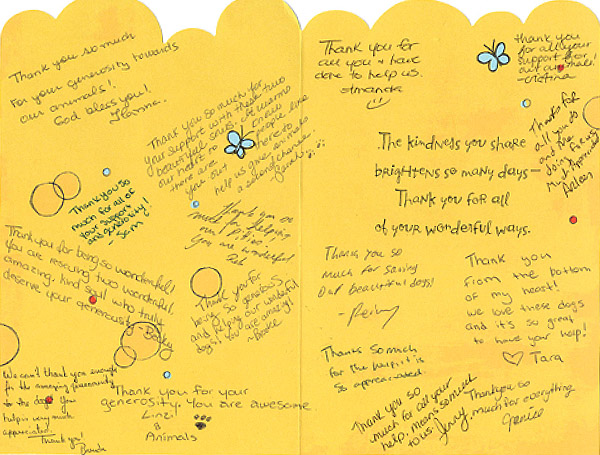 Lovely thank-you card from the Kitchener Waterloo Humane Society. Nice touch.  (FYI: my name usually does up as Sheri, a fact I have come to except) 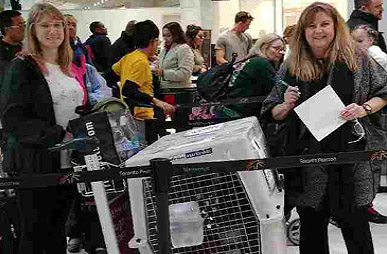 Who knew such a small piece of paper could give me such a huge sigh of relief. “Carrie is on board”. Nice touch West Jet! 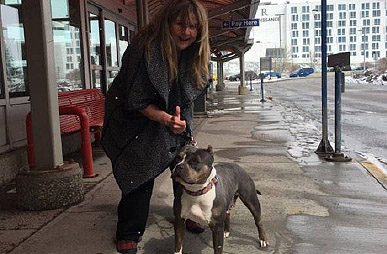 Edmonton Airport – Obviously the dog had a better trip then Cindy 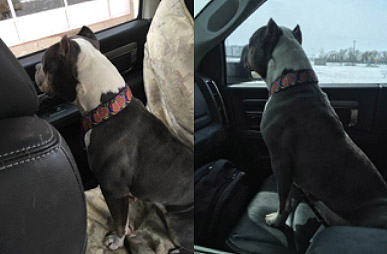 From months in a kennel, to air cargo, to a cozy truck.  What a mannerly dog.  (note she made it to the front seat for a better view).  I wonder what she is thinking?  Perhaps, “thank goodness I am out of Ontario!”. 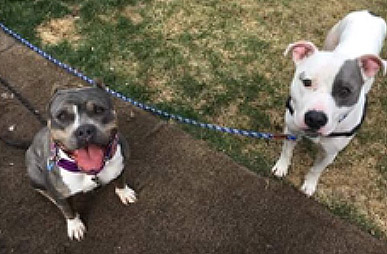 With her foster buddy. How about that smile? 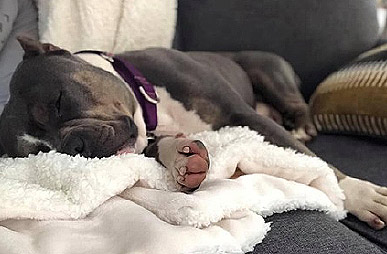 The morning after: contentness.  A noisy kennel and a cargo flight, is a distant memory.