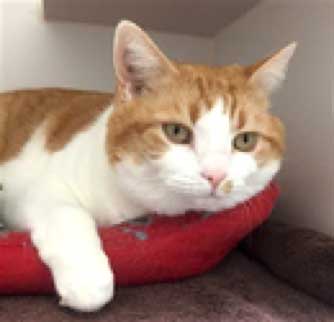 Daisy a declawed cat given up for adoption.  Go figure!

VOKRA is a volunteer-run, no-kill cat/kitten rescue serving Vancouver and its surrounding municipalities. Their mission is to end cat homelessness in their community through rescue, trap-neuter-release (TNR), fostering/adoption and public education.

Their Operations Centre in Vancouver is their headquarters and transition centre where rescued cats are nursed back to health before being temporarily homed within a network of approximately 400 foster homes. Every year, VOKRA finds new forever-homes for 1300-1800 cats or kittens. The majority of these cats come to them as strays, although the rental crisis in Vancouver has led to a significant increase in the number of cats surrendered  by their guardians.

Other than a single part-time cat care employee, VOKRA is entirely run by an incredible team of more than 400 active volunteers. Cat care at their operations centre alone sees 125 shifts per week, filled by an average of 170 different volunteers.

The vast majority of VOKRA’s operating funds come from individual donations and from grants such as this Foundation.  For each cat, kitten or expecting mother they take in, they cover all costs of their care until they are adopted to a permanent home. As such, their largest expense is the cost of veterinary services.

For the past 18 years, VOKRA has operated a highly successful Trap, Neuter, Release (TNR) program in which feral cats unable to be rehabilitated and placed in homes are spayed/neutered and returned to their original location. When VOKRA was founded in 2000, there were an estimated 40-50 feral cat colonies in the City of Vancouver, whose individual populations were growing. Today, largely due to the efforts of their all-volunteer TNR team, there are only a handful of remaining colonies, whose populations are static or declining. They continue to actively monitor the populations in these colonies, canvassing the surrounding neighbourhoods to raise awareness (and help identify/locate other possible strays), and provide food and other care when necessary. As a result of their  success in the city of Vancouver, their TNR team now focuses increasing effort on managing colonies in other surrounding municipalities.

VOKRA also provides education and support services to the community. They loan traps to members of the community whose cats have escaped; provide spay/neuter assistance to low income families; plus regularly accept cats from the Vancouver City Pound (who has no facilities for cats) and they have begun a free public workshop program consisting of seminars that teach responsible pet guardianship, home care for cats with chronic illness, grooming and more. Who could ask for more in a rescue operation?  So it’s with much pleasure that we can contribute to them and their noble causes.

Please check them out at: www.orphankittenrescue.com 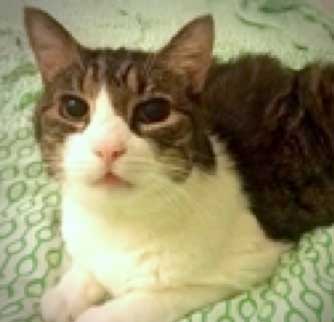 Louie, a 16 year old cat needing a home. Not a good way to live out your twilight years. 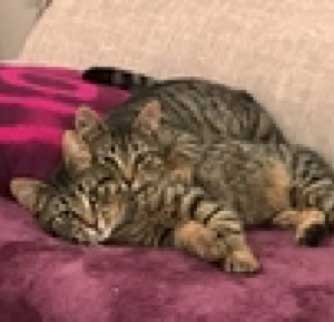 Gobi & Aloo, brothers that can only be adopted together. They need each other to survive this tough world.