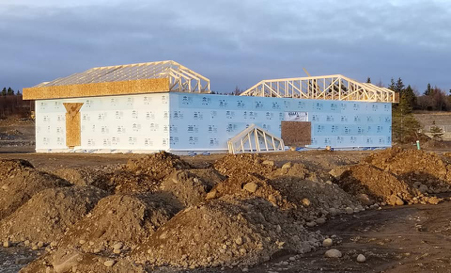 Without this new facility, they were only had the ability to accommodate adult cats, while kittens, pups & dogs had to be housed in private foster homes. 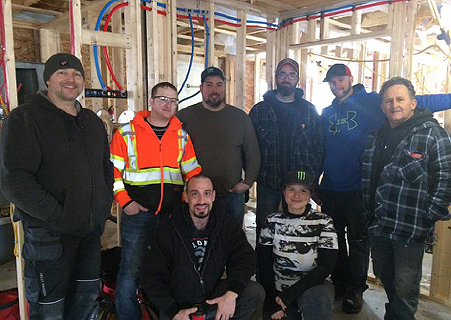 All Electricians, one of the many tradespeople making this facility a reality. 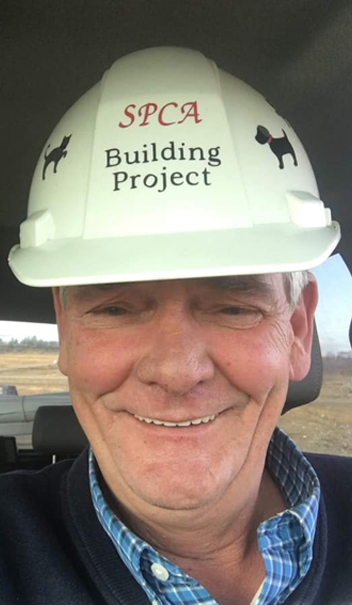 The “Blue Collars” making it a go.

The SPCA Newfoundland and Labrador (SPCA NL) was founded in 1954 by a compassionate and loving lady, Hilda Smith who oversaw the care of several unloved, abandoned and abused animals for many years.

All SPCA branches across the province worked diligently to create a cohesive board that represents the interests of all branches. Each SPCA Branch is run by dedicated volunteers who manage their own branch. Among those boards there are two representatives that make up the Provincial board for SPCA NL. This board of 18 people govern the policies and procedures of each Branch.

Please check out all the branches at http://www.spcanl.com/local-branches/

There are nine Branches throughout this region.  It is the Southwest Coast Branch that applied for a grant and received one. As with all SPCA’s they are a registered charity comprised of approximately 50 volunteers. They are physically located in Stephenville, Newfoundland and Labrador and serve the entire region of the southwest coast of Newfoundland.

In 2015 they lost their temporary shelter in a fire and have been fundraising diligently since then to raise enough money to build a new shelter. Since that time, they have been in rental properties that are inadequate; far too small with poor temperature regulation and no outside space.

In 2019 they announced that the construction of their new shelter had begun, and the will soon have a proper facility to house our community’s homeless animals. So it was with much pleasure that this Foundation could contribute to such a worthy cause.