There are a lot of things we humans do to animals to make our life easier with them. Some good, some bad. Lets see…some good things are spay & neutering them, keeping them healthy with vaccinations, worming, and preventive medications like heartworm in dogs, or proper hoof care in horses. No question, there is a lot we do to make or keep our pets happy and healthy.

Listing the bad things, well…this blog will get too long. What came to mind was the cropping of dogs’ ears. But that doesn’t even have to do with making life easier with them, that is just plain old vanity and cosmetic surgery, which is even worse of an excuse to mutilate an animal.

Read my blog on that topic here: https://www.doncherryspetrescue.org/crop-n-dock/

Lets face it, one thing that we humans value is our homes, particularly our furniture and/or home décor.  Oh…the damage a cat can do to our curtains or chairs when they use them for a scratching post. Seeing that our society is getting more into instant gratification, the quick fix in this dilemma is just to cut off the cat’s toes, AKA de-toeing or onychectomy. You can well imagine this is wrong in so many ways. The mere principle of the concept is revolting. But alas, for those of you that like a quick fix, just beware this can lead to other problems that you may not have known about.  And if you can find a vet that still does this, do you think they are going to tell you potential problems? Not if they want your money they won’t. Besides being a painful procedure, it can lead to your cat reverting to its primary means of defense and that is biting.  It’s also a known fact that many cats stop using a litter box. So instead of having a few scratches on your furniture, you have a urine-soaked carpet, bed/mattress and any other nice spot were they may like to pee as pay back. (that payback thing I made up). They can also develop arthritis due to them now shifting their weight to their back pads to eliminate the pain on there now throbbing half toes. And of course, there is the obvious for all “you people” that think the great outdoors is one big litter box for your cat, well you can’t have that anymore.  Though I am sure some dopes still let them go out, for as I have been told by some of my friends, “they just go out to sun themselves and get some fresh air.” Yeah, sure.

Nearly two dozen countries have banned non-therapeutic PDA (declawing), such as Japan, Italy, Slovenia, Brazil, Australia and of course England (in 2006). Notice Canada is not on this list. Though the Canadian Veterinary Medical Association views de-toeing, as “ethically unacceptable, as the surgery has the potential to cause unnecessary and avoidable pain”, we don’t see them having a national-wide ban on their members from capitalizing on this source of income. However, in Newfoundland and Nova Scotia it is illegal, while several provincial vet associations have banned their members from doing so. These include MB,N.B.,B.C. & AB. So where does the province that I live in stand on this issue. As of now, it’s a legal procedure in Ontario to cut off a cat’s toes. But there is hope for Ontario felines, with Davenport’s MPP Marit Stiles introducing “Teddy’s Law”, named after the cat owned by Dr. Gitte Fenger, Veterinarian and Co-Founder of The Paw Project.This bill, if passed, will update provincial animal welfare legislation to ban such practices.

So, be a part of making progress when it comes to righting wrongs in what we do to animals. Click here and tell the Legislative Assembly of Ontario to pass Teddy’s Law and ban declawing of cats in Ontario.

No point in reading this blog and then not do anything about it.

Post Script: After writing this blog, I was telling a close friend of mine what I was doing over the Christmas Holidays.  I explained that I love writing blogs and proceeded to tell her my more recent topics. I knew she had fostered several cats and bottled fed motherless kittens in the past. She now has just one cat the she adores. So when I told her about this blog, I knew I hit a nerve. Sure enough her cat was declawed. OK, I thought its been adopted so many declawed cats end up in shelters due to their bad behavior after having their toes cut off. Nope, she had it done, and was quite indignent that I saw it as a problem. She rationalized it as best she could, but her main motive was to save her furniture. She believes that the operation was no more invasive as its spaying. Plus, she made the point that the declawing process might save people from dumping their scratching cats at a shelter. (I can see that, people love quick fixes).  She also said that when she asked her vet if she could still let her cat outside, he said it shouldn’t be an issue, for cats fight with their back claws and bite their adversaries. So how did I react? Contrary to popular belief, I really don’t argue with people that much.  As Dr. Phil says, “don’t be a right fighter”, which I have taken to heart.  There was no way I was going to change this woman’s mind in her beliefs. She knows I am against it and had no qualms in justifying it to me. Have you ever been in an argument, and changed the person’s mind? I doubt it. So lets say I have matured. I write my cynical blogs, and if people don’t like them, don’t read them. It’s sort of like people not liking what my Dad was always saying on Coach’s Corner. If you didn’t like him or his comments, then just change the channel.

PSS: BTW, we are still friends even though she probably realizes that I feel what she did to her cat disgusting. Well I think we are, and I doubt she will read this blog. 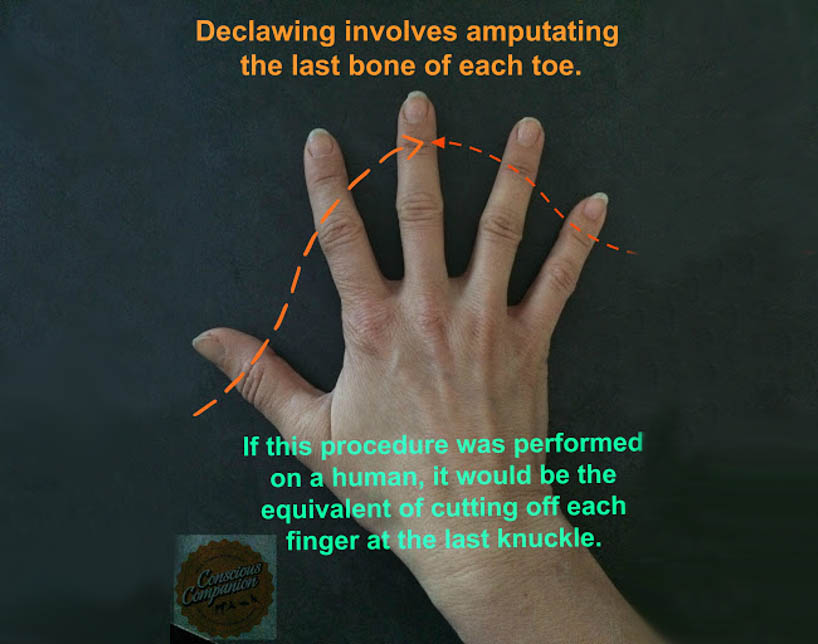 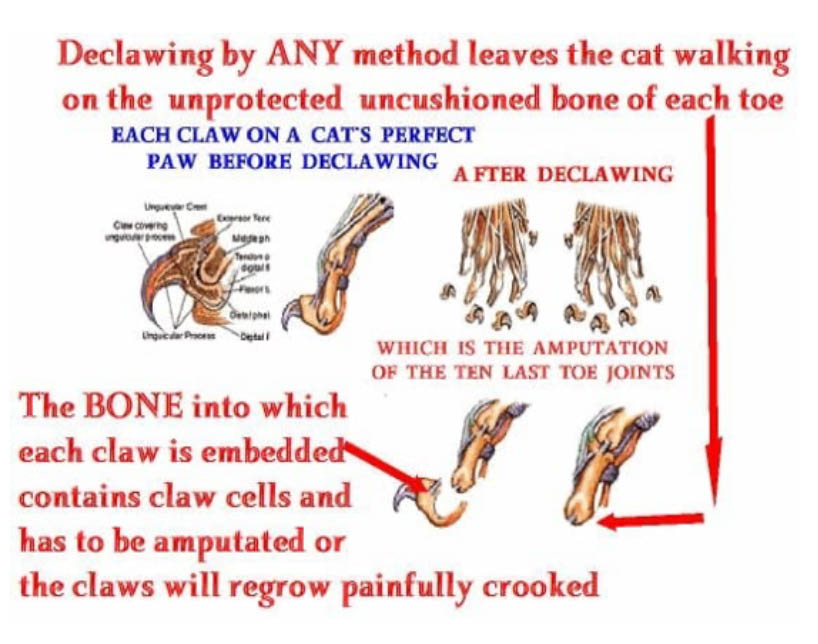