A learning experience for a young entrepreneur. 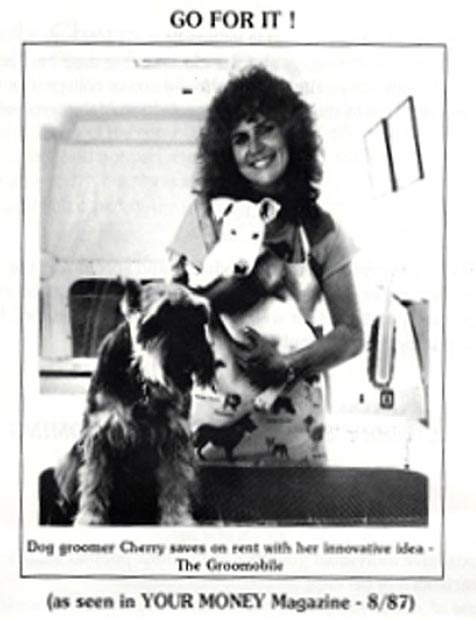 Taken inside my first Groomobile with Baby Blue, and a customer’s schnauzer. 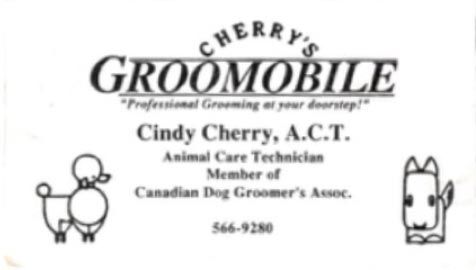 Aahh, the good old days when you didn’t have to dial the area code.

We all hear horror stories about dog groomers. Awful things that happen to pets when at the groomer’s. But you rarely hear from the other side.  So since I’ve been there, as I was a groomer first in a pet store, then I had Canada’s first mobile dog grooming service in the 80”s and early 90’s,  I thought I’d share the story of my all-time worse nastiest  client.  A woman who taught me a lot about life, and what it takes to be an entrepreneur.

Her name was Mrs. Brooks.  A rich lady who resided in Lorne Park, Ontario, south of the QEW. (An inside joke).  Remember I was young and naïve.  She had an older overweight Airedale.  It couldn’t stand for long so I let it lay down for most of its grooming.  The hydraulic table was low to the ground, less than 3 feet, yet off it slithered accidently.  Because of this minor incident she was suing me for thousands.  She took it to the vet, and walked out with over a $2000 vet bill.  Since it hadn’t been to a vet for a while, it was given all its overdue vaccinations, X-rays, blood work, and low and behold they found out it had Pancreatitis.

Followed by hundreds of dollars’ worth of drugs.  I called this very well-known Vet here in Southern Mississauga, and he said I was correct in that a slight fall off a table would not have caused such a progressive disease that it had.  I then said well be prepared to testify for we may be going to court.  He proceeded to say unless I taught his vet tech to groom dogs he would say no such thing.  Ahh, to learn the ways of the world so young.  She then told me if I didn’t pay up she’d also sue me for the physiological damage her young son had suffered in not being able to have a dog anymore that could run and fetch a ball.  I asked her why she was so eager to go to court with a lawyer and Doctor on her side, and she said they were all family members.  Needless to say I felt defeated.

Being down as I was, my father picked up my vibe and said, in his own way, “what’s up with you?”  I reluctantly told him my predicament.  Once he gets involved, look out.  He called his lawyer, they drew up a letter, saying take $350 and be over it, or basically we were going the distance in court and she would get nothing by the time Dad’s “pitbull” lawyer got done with her and her relatives.  I drove to her house, handed her the check and letter to sign.  Just as she was about to sign it, I opened my big yap and said, “If your dog wasn’t so fat it wouldn’t had hurt itself slithering off the table or have pancreatitis”.  Well she dropped the pen and lit into me.

I knew I had made an error, so I gave it one last shot, and grabbed the letter from her hand, and she flinched.  That showed me she wanted to sign it, but wanted one more go at me.  I then gave it back to her, and as the say on TV, “sign it or we will see you in court”.  She did, I gave her the check, and my parting words to her were, “you know Mrs. Brooks, it’s people like you that make the world a tougher place to live”.  She smirked, and I drove off.

That old battle-ax was an exception to the rule for me having great clients.  99% of them were great people.  I found the ones that were miserable, I later learned were also miserable to their hairdresser, housekeeper, landscaper, ect. there was no pleasing them.  No matter how hard you tried, or how much they tipped you, they were never going to be satisfied. Lesson Learned. 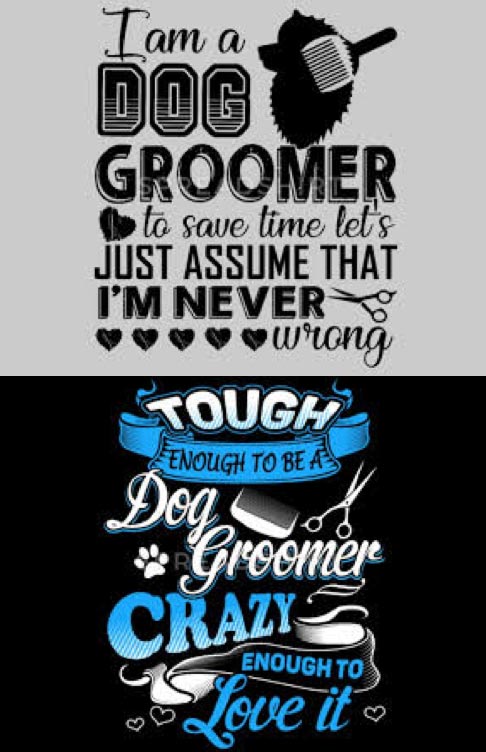 Makes sense to me. 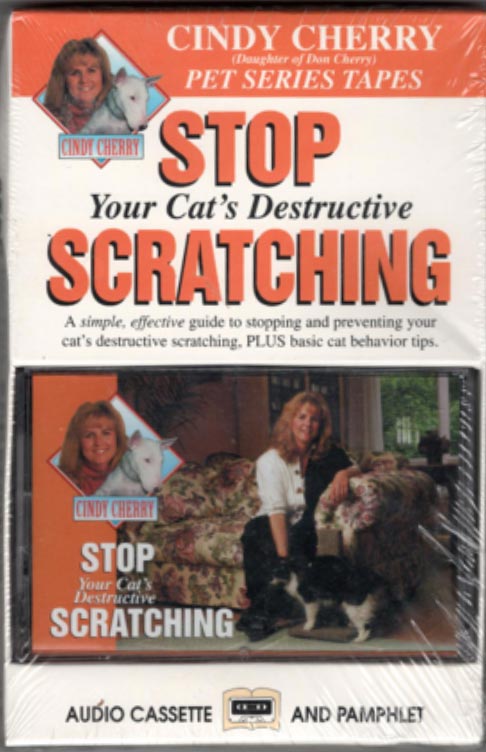 Trying to follow in my Father’s footsteps of tapes/videos that never quite took off.  Oh well, I gave it a shot.