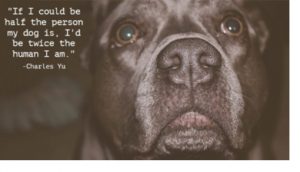 We all handle stress/emotional strife, whatever you want to call it, differently.  One of the most difficult decisions is when to “put to sleep” (PTS as they term it in a vet office) your pet. I, at a young age and having so many pets learned this harsh reality very young.  Sure animals die, but when they are still alive and suffering, that is when the true test of your love and your unselfishness kicks in.  Many a time my Dad had to say to me, “your pet is suffering, it’s not going to get better, what should we do?” My most memorable childhood pet that I had to make this tough call on was with my beloved parakeet, Dickie.  My Dad always let me feel it was my decision to make. I believe this toughened me up for a lot of choices I’ve had to make throughout life. You learn sometimes, or most of the times, the tougher choice, unfortunately, is usually the correct one.  Life is like that.

Fast forward 25 years or so.  I now have to deal with dog owners whose dogs I groom.  Many times I had to have the tough “talk”.   Sometimes it was with sympathy, most times it was tough love.   I groomed many a sick dogs that were lingering far too long.  Was it my position to tell the owners stop being so selfish and put this dog down.  Yes, I believe it was. Some might say this should be the vet’s call, this most likely is said by a vet.  It’s a tough conversation to have with a client, but I always felt obligated for the sake of the suffering dog.   One of my more memorable scenarios was this family that had 2 cock-a-poos. Yes, even in the 80’s they had these purebred expensive mixes. One was healthy, the other was always sick and going downhill fast.  I came to groom both of them one day with my Cherry’s Groomobile.  Both usually came to the door when I knocked.  I was scared to ask where was the other one, so I just assumed it had died.  So I groomed the one thinking I was finished for the day. Then the lady of the house says well you still have Muffin to do.  What? Where is Muffin? She then informed me that poor sick Muffin was now banished to the garage as she was constantly throwing up and had diarrhea all over the house.   She then carries Muffin to the van, who is nothing but skin and bones at this point and covered with vomit and feces.  I bathed her to get her comfortable, then brought her to the front door, walked in, and let her run into the house happy as could be.  I asked the owner to come outside for we had to have a talk. Did I lit into her.  She agreed the dog was suffering, not only from the illness but from the sadness of being banished to the garage away from the family she so loved.  She proceeded to say her daughters just couldn’t bear to bring the dog to the vet.   Really? I said to her, she was the matriarch of the family so she had better put on her mommy pants, explain to her daughters reality of life, and go to the vet and put the dog down.  She agreed.  I later found out she actually brought the dog to the vet that night. Sometimes people need to be brought into reality and told that keeping a sick pet around for longer than it should be is not a sign or measurement on how much you love that pet.  To me it is a sign of selfishness and weakness.  You are putting your sadness as a priority over the suffering of an animal that can’t speak for itself.

On another note, grieving over the death of a dog for a very long time is not proportional to how much you love that dog.  Also, many a times I have asked someone why aren’t they getting another dog?  A lot have explained to me, that it takes too much out of them when the dog dies.  So let’s see, since most had rescue dogs, they’d rather not give another dog a great home, cause they get too upset when the dog dies.  Am I missing something? Am I too cold hearted?  Again, I chalk it up to selfishness, and them hoping I am  thinking, “boy, they really must have loved that dog as not to be able to replace it”.  To them I say, “Get over it and move on, and save a life and get a rescue dog”.  Am I being too harsh?  Wouldn’t be the first time I am accused of that one. 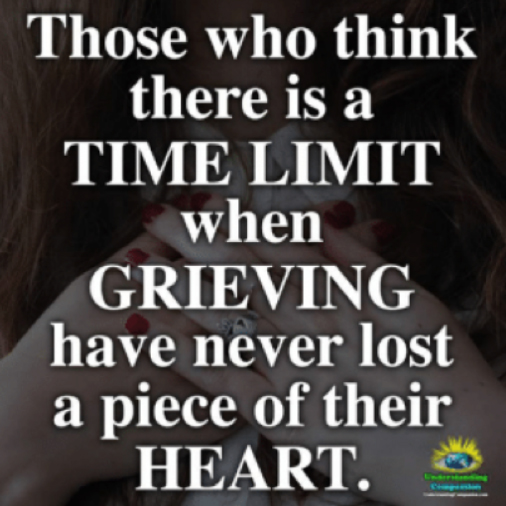 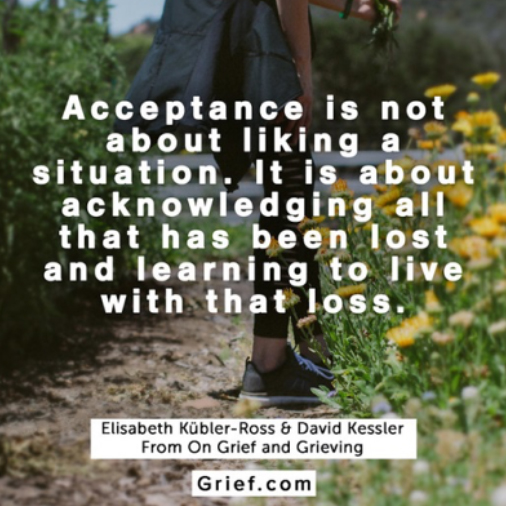