Sydney, a Neapolitan Mastiff, was the victim of unspeakable neglect. Covered in urine and feces when found, the incessant biting of dozens of horse flies was torturous; leaving the edges of her ears bloody and raw. She was barely able to stand under her own weight; due in part to starvation and injuries that were left untreated. On the Body Condition Index, Sydney scored an appalling 1 out of 5; the lowest score possible. It was estimated that she was merely a couple of weeks away from dying of starvation. One of her front paws was fixed in a permanent rotation; possibly due to an untreated break. The resulting unevenness of her walk sometime during her mere one (1) year of life led to the displacement of both of her hips; and the worse case of hip dysplasia ever seen or documented in medical reference books.

There was no doubt that Sydney’s day to day life involved excruciating pain and misery. Despite this, and the likelihood that she had never received any love or attention, Sydney was very trusting of her rescuers and left with them willingly. Even when she was heartbreakingly crying during the very basic assessments of her initial physical exam, Sydney demonstrated only gentleness to her caretakers and a desire for human connection.

Today, Sydney lives pain free at a sanctuary that she now calls home. In less than a year after her rescue, Sydney received all of the necessary surgeries to not only allow her to walk, but to run and bound. Hydrotherapy was an integral part of Sydney’s rehabilitation and is something that she will continue to do on a weekly basis for the rest of her life; something that is definitely fine by Sydney! CLICK HERE TO VIEW A VIDEO OF SYDNEY’S HYDROTHERAPY

Sydney has also found great meaning and purpose in her life by becoming the self-appointed Greeter to new dogs at the sanctuary and Herder during washroom breaks and yard play; a job that Sydney takes very seriously. Sydney continues to develop strong bonds with humans and dogs alike and serves as an inspiration to everyone who meets her. 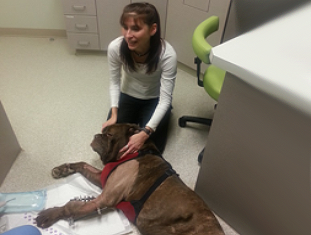 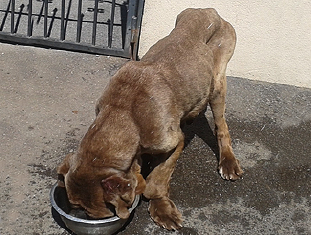 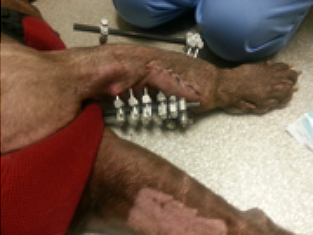