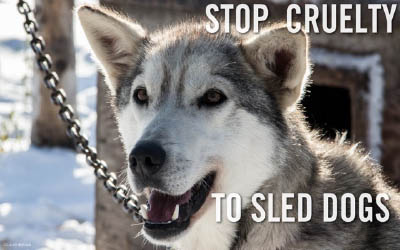 Throughout the years people that have stood up for animal rights have been labelled “kooks”, tree huggers, eco-terrorists, you name it they have been called it. These people take the hit to bring injustices to the public’s attention. I truly believe that most people have a good heart when it comes to seeing the light and changing their behavior. An example of this is me, Cindy Cherry. Growing up my parents always took me to the circus and if they had animal acts, bonus! What kid doesn’t want to see live tigers, elephants, and bears? Way back then, the cruelty on what it takes to make animals do these stupid tricks was just coming to the forefront. The people protesting were labeled and were looked upon as ruining kids’ fun. As undercover videos came out showing the brutality of circus training, and their dirty secrets coming to light, today it is hard to find a circus that still has animals. I remember when my son was about 8 years old, and a neighbor offered to take him to the circus. I didn’t want to give him the heads up on my detesting circuses, so I, in an upbeat manner and excitingly said, “oh, are there going to be lots of animals doing tricks?”. The way I asked made him not even hesitate to say, “sure thing”. I immediately declined. My husband at the time was furious. His point being, that my personal feelings were denying my son’s good times. I then asked him if he wanted to go see animals do some tricks for his enjoyment that have been beaten to do. Smart kid that he is, he said no. Whether it was my “look”, or his better judgement, the point was made.

This philosophy of shaming the public in doing the right thing has been brought on by protesters that make the masses think about the harm they are doing by their actions. Going to Marine Land watching Orcas do tricks is now even against the law. Even most non-vegetarians won’t eat veal and to a certain extent fur coats are mostly socially unacceptable, though coyote hooded Canada Goose ski-jackets still seem to be popular. (Go figure).

So now the dog sled industry’s dirty secrets are just coming to light. These dogs lead a miserable life. But one could say, when you see them pulling sleds they seem to be enjoy it so. One could say they live for it, it’s what they’re bred to do. Remember folks, if people can make a buck off of animals, chances are there will be exploitation. Here are just a few links that you can see for yourself the injustice of it all.

and the most enlightening article about an Ontario sled dog kennel called Chocpaw Expeditions:

Here is my take on it. Dog sledding holidays and its joy is all about marketing. I have seen these adventure brochures in my travel agent’s store. The dogs look like they are having fun and the smiles of these healthy-looking people enjoying the Canadian outdoors is invigorating and inviting. So once again, it’s all about educating yourself and the public. Remember, like most companies that exploit animals, they wouldn’t be in business if there wasn’t money to be made. 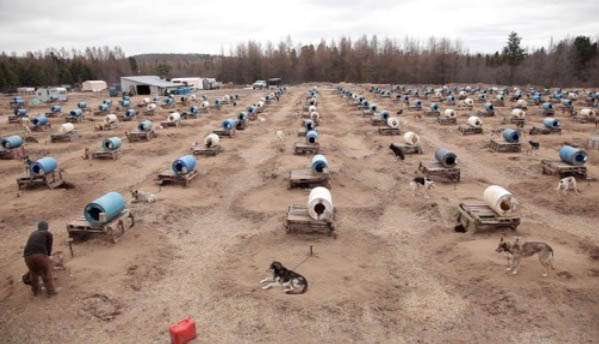 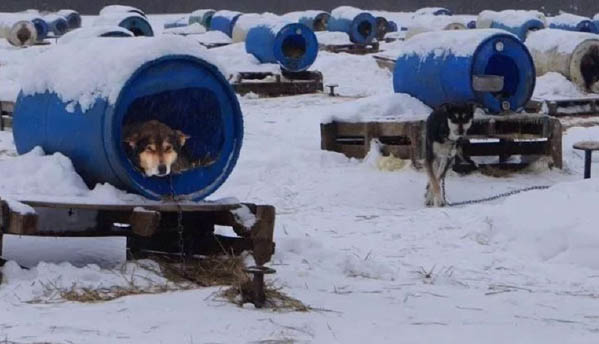 The fun life of a sled dog. 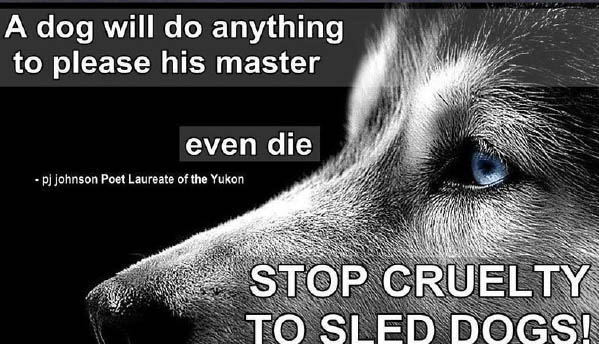 We could apply this to many things, such a dog fighting? 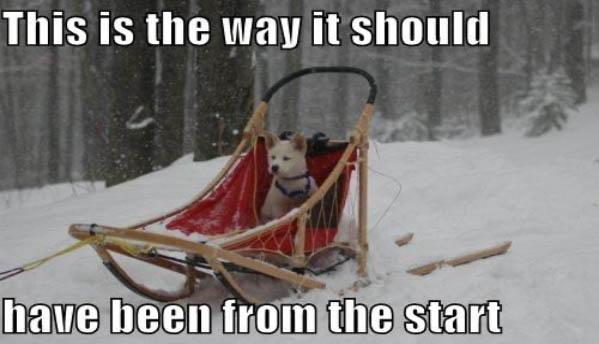