Designer VS In-Vogue Dogs- Both Bad News for Dogs

My best friend Carla., who introduced me into this world of “rescue”.

Meet Riley, 1st dog on the left in the group pic, with dog rescuer Carla,  who owns 4 rescue dogs ( not pictured is a Keeshond mix Max, rescued from a high kill shelter from the States).In the middle is  Daisy who was destined for the dinner table in Thailand.  Click here for her story:  https://www.doncherryspetrescue.org/rescue-stories/daisys-rescue-story/  , plus Cali.

Both of which are Simply Pets package dogs. For Cali’s story click here: https://www.doncherryspetrescue.org/rescue-stories/calis-rescue-story/

Riley’s story varies a lot from the other three, but still the common denominator is the same.  They were adopted by a person who sees no need to buy a dog, when there are so many out there already that need homes.  Riley’s former owners paid $1200 for him. He wasn’t a “ show dog”  or from a “reputable breeder”( whatever that means), but from a person breeding “Rare White European Goldens”, “Exquisite Platinum Imperial Goldens” or better yet, which always is a selling feature, an   “Oprah Winfrey Golden.” Click here for more facts about this rare strain of Golden Retrievers, you will be enlightened.  Remember…. One of the mandates of this Foundation is to educate people.
https://www.google.ca/url?sa=t&source=web&cd=6&ved=0ahUKEwi3yKjv8fvQAhUn54MKHZ1gAQIQFggrMAU&url=https%3A%2F%2Fpethelpful.com%2Fdogs%2Fthe-truth-about-English-Cream-Golden-Retrievers&usg=AFQjCNEDyXDLL6CPw9Tkgjt69ojkfVSj0Q 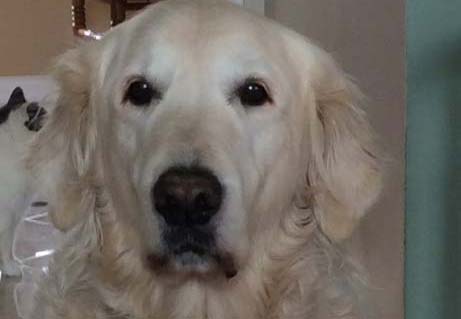 For those discriminating tastes of Golden Retrievers.  A white one! Ooohhhh 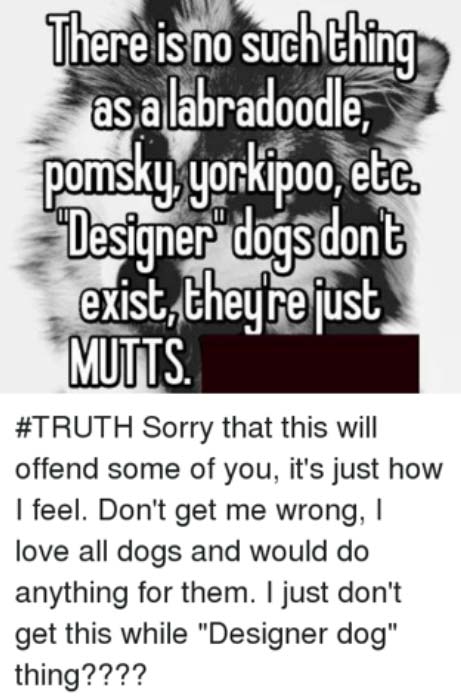 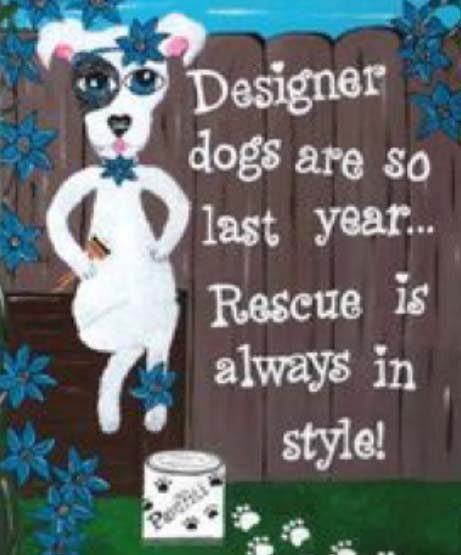 We have to make owning a Rescue Dog is in Vogue, not buying & spending a lot of money.  But I think our society’s way of thinking is slowly turning. But we have a ways to go.

These Golden Retrievers that are bred specifically for their coloring, is a perfect example of people ( carneys of sort) that capitalize on people’s gullibility of trying to be in vogue by having an in-vogue dog.  An in- vogue dog is different than a designer dog.  This is the Cindy Cherry version of how they differ.  A vogue dog comes from a type of breed that becomes popular because people want to be in style with their dog.  For instance, when 101 Dalmatians comes out by Disney every 10 years or so., there is a spike of popularity of Dalmatians.

When the TV show Frasier was first on the air, Jack Russels became popular cause Eddy on the show was so cute.  (Great reason to buy a dog, don’t you think?). French Bulldogs are very vogue now.  Could it be that people see Stella on the # 1 Comedy show on TV for the last 8 years, and want a dog just like her?  On a personal note, it pains me when people refer to a Bull Terrier as a “Don Cherry” dog. I cringe.

No one should ever get a dog because of its popularity in whatever form.  Now a “Designer” dog, is when someone   mixes 2 purebreds together, then in true carney form, tout to gullible people that this “breed” has the positive traits of each breed.  Really?  People really fall for this!   One of their favorite selling points is that this breed is “Hypo-allergenic, so if you have a child that is allergic to dogs, this is the dog for you!”

Makes sense, doesn’t it? Probably the number 1 reason that dogs end up in the pound, is because of “allergies”.  Does all this make sense?  Remember folks if your kid is allergic to dogs, what part of the dog sets them off?   Most people assume it’s the fur, however it could be other parts of a dog.  Could they breakout due to dry skin or dander of the dog?  Are they allergic to the saliva or tears? So when the dog licks your child they break out?  So please get educated on the selling points on people selling dogs for profit.  I have seen people pay $3500 for a “BerniePoo”.

This is a very up and coming mix for you people that want a designer dog, for Bernese Mountain Dogs are very popular now.  Just check out how many times you see them in advertising or on packaging.  Mix them with a so-called hypoallergenic breed like a poodle, and there you have it.  An answer to your problems if your kid has allergies.   Hopefully, after reading this article you will know better.