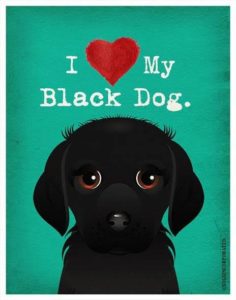 In our brochure we mention “”Black Dog Syndrome”. By definition it is: A disputed phenomenon in which black dogs are passed over for adoption in favour of lighter-coloured animals.  Black Cats are equally subjected to the same discrimination. A lot of shelters around Halloween time, will not even adopt out Black Cats due to the misconception of their association with witches and satanic rituals.  As to not rewrite what has already been written on this subject, there is a great website www.blackpearldogs.com

It is very interesting reading in addressing the theories behind such out of touch reasoning.  Such as: harmful superstitions, they over heat faster, too ordinary, more aggressive, and my favourite theory about “ labels”. The reasoning about this is that  Black Dog Syndrome,  was Winston Churchill’s definition of depression.  I looked up the latter phenomenon on Urban Dictionary., and it was defined as: “a bad or anti-social mood, characterized by anger, depression or a mixture of the two.  Even more interesting is that it is synonymous with “purple rain” syndrome.  Which in simple terms refers to it as  a “restless feeling”! This syndrome is referenced in  Prince’s 1984 Album and his cult classic movie of the same name Purple Rain,  plus the 70’s Musical  Group America’s  song “ Venture Highway” referenced purple rain long before Prince did in 1972.  In CBC’s  TV show DaVinci’s Inquest,  Detective Leo Shannon says, “I’m just telling you this because I don’t like seeing you in a “black dog everyday”.

The first time I had ever heard of this particular theory of Black Dog Syndrome was from my Dad.  I told him I had to define it for this article and it was him that enlightened me about its mood describing reference.  My father never ceases to amaze me on his knowledge that goes far beyond hockey.  He consistently enlightens even the King of Puns,  Ron MacLean on such interesting topics.  Such as when he accused Ron of living in the world of Billiken, plus when  they were walking down a busy street and saw a dead sparrow. He then quoted the title of the hymn, God Sees the Little Sparrow Fall. Ron didn’t know what he was talking about, so dad then sang him that whole beautiful church hymn.  Google it, you’ll get chills.

So remember, if you are going to adopt a pet, don’t let your subconscious kick in and avoid the black one and think of the #1 reason to adopt a black dog. 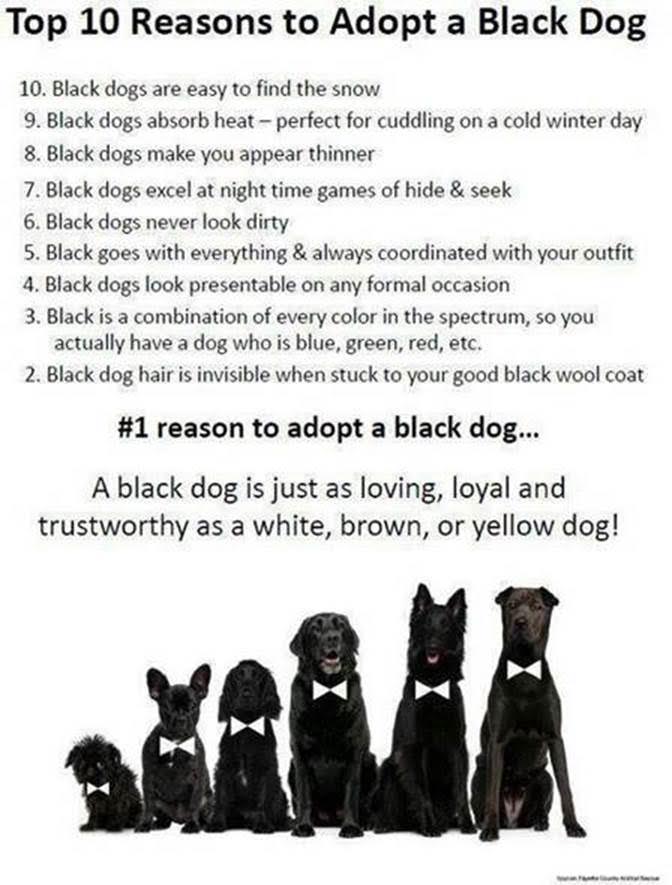