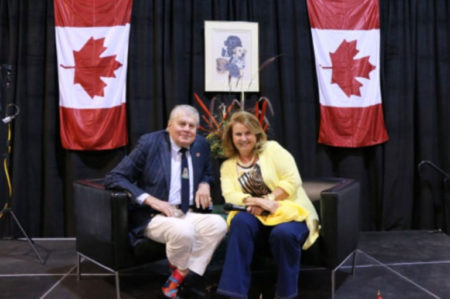 First let me tell you how, I, Cindy Cherry came to hear about this mostly unknown fact that Canada leads the way in the world of developing 5 distinct breeds. They are the Newfoundland, Nova Scotia Duck Trolling Retriever, Canadian Eskimo/Inuit Dog, Labrador Retriever, and the extinct Tahltan Bear Dog.

I came to learn about this fact when Grant Crossman owner of the Canadian Pet Expo wanted to give recognition to this great fact at his inaugural 2016 CPE Classic Dog Show.  His path of desiring this came from his friend Dr. Richard Meen. I could tell you many great things about this man and his credentials in the dog world.  The one fact that stands out to me is that he judged the Best in Show at the 2016 Westminster Dog Show. The Super Bowl of the Dog World. He is royalty as far as I am concerned in reference to this unique world of “Dog Shows”.  I have to tell you folks, he reminds me a lot of my dad.  I do not say that lightly.  His vast knowledge and wit is immense, and if you are lucky enough to hear his unfiltered version, as was I, it’s intense.   Not only was it Dr. Meen’s desire to celebrate and acknowledge Canada’s native breeds, (yes, I will call them that), but he also wanted to bring the elusive and competitive world of dog showing to the “common” folk.  I guess Grant and him figured the most common person to commentate with the Doctor at the show was me!  Now if you have ever seen the mockumentary movie, Best in Show (a classic), they saw me as the character that Fred Willard plays.  A little known fact is that Dr. Meen was a consultant for the movie. They saw me as the one who asked the obvious and quirky questions that most people would want to know, but where afraid to ask. There is a great quote in the film where he says  “..and to think that in some countries these dogs get eaten”. No truer words can be said, for instance see Simply Pets’ package Rescue Dog Daisy’s story…this was her fate, if not saved by my best friend Carla. So Dr. Meen and I, sat on this stage for about 8 hours per day, for 3 days, and never stopped talking with a microphone.  Ok., I admit, at times we thought the microphone was off, and got caught. At one point a complete stranger came up to us on stage, and said, “you do know we can hear you guys out here?” as we gossiped.  Ooops. Sure I put my foot in my mouth a few times.  For instance, I innocently mentioned as a judge was opening a dog’s mouth how white their teeth were and I wished my teeth were that white.  I was immediately reprimanded by a big sign flashed in front of me saying  “do not comment on the dogs in the ring”.  Dr. Meen laughed and said, “now you’ve done it.”   Go figure.

Fast forward to November of 2016.  Simply Pets and Global Pet Foods were contemplating putting together a unique Signature Dog treat for all their stores.  I knew  Canada was celebrating our 150th Birthday the following year.  So this ex-dog groomer suggested why not celebrate this little unknown fact about Canada and its indigenous breeds?  I know we Canadians, might view it as bragging but why not?  So that folks is how Simply Pets & Global Pet Foods developed a bisquet to sell during the Show Us Your Heart Program to raise funds for rescued pets.  One good idea, just leads to the next.  I am just so happy I could be a part of it. 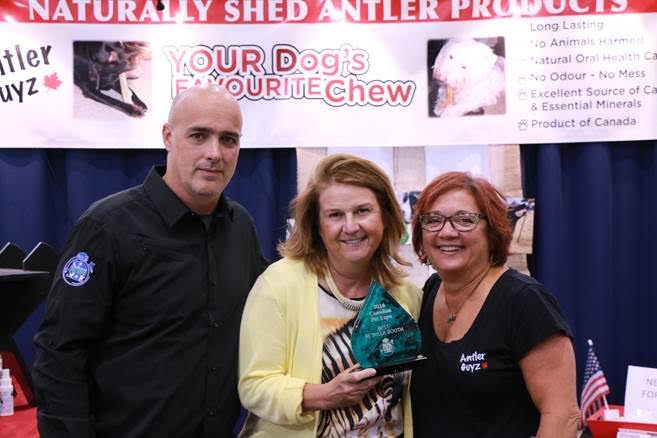 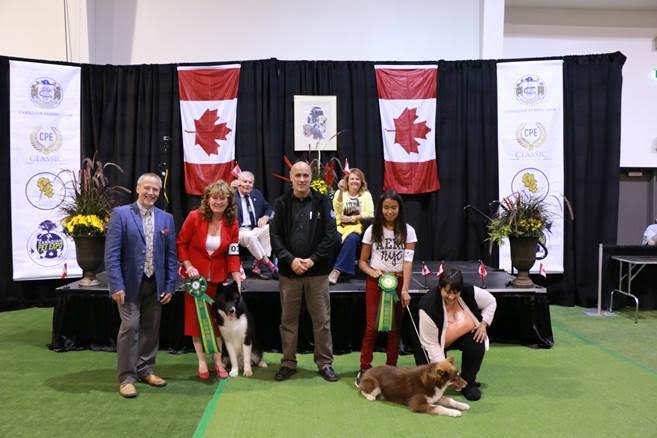 Grant Crossman in black, awarding ribbons to the winners of the Indigenous Breed Competition. 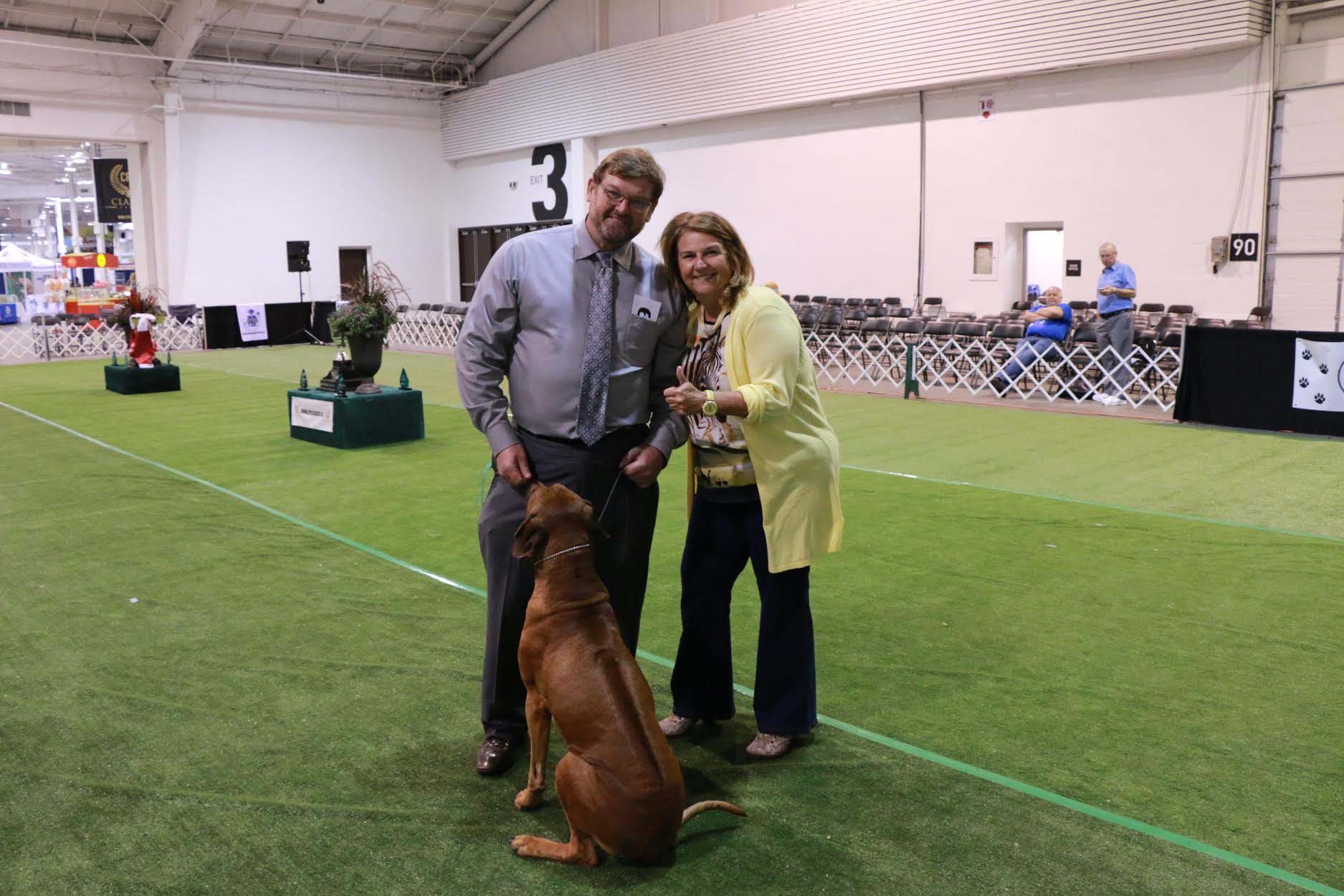 Closest I have come to judging in a dog show. I got to pick out the best ridge on a Rhodesian Ridgeback. Who knew this was a science too? 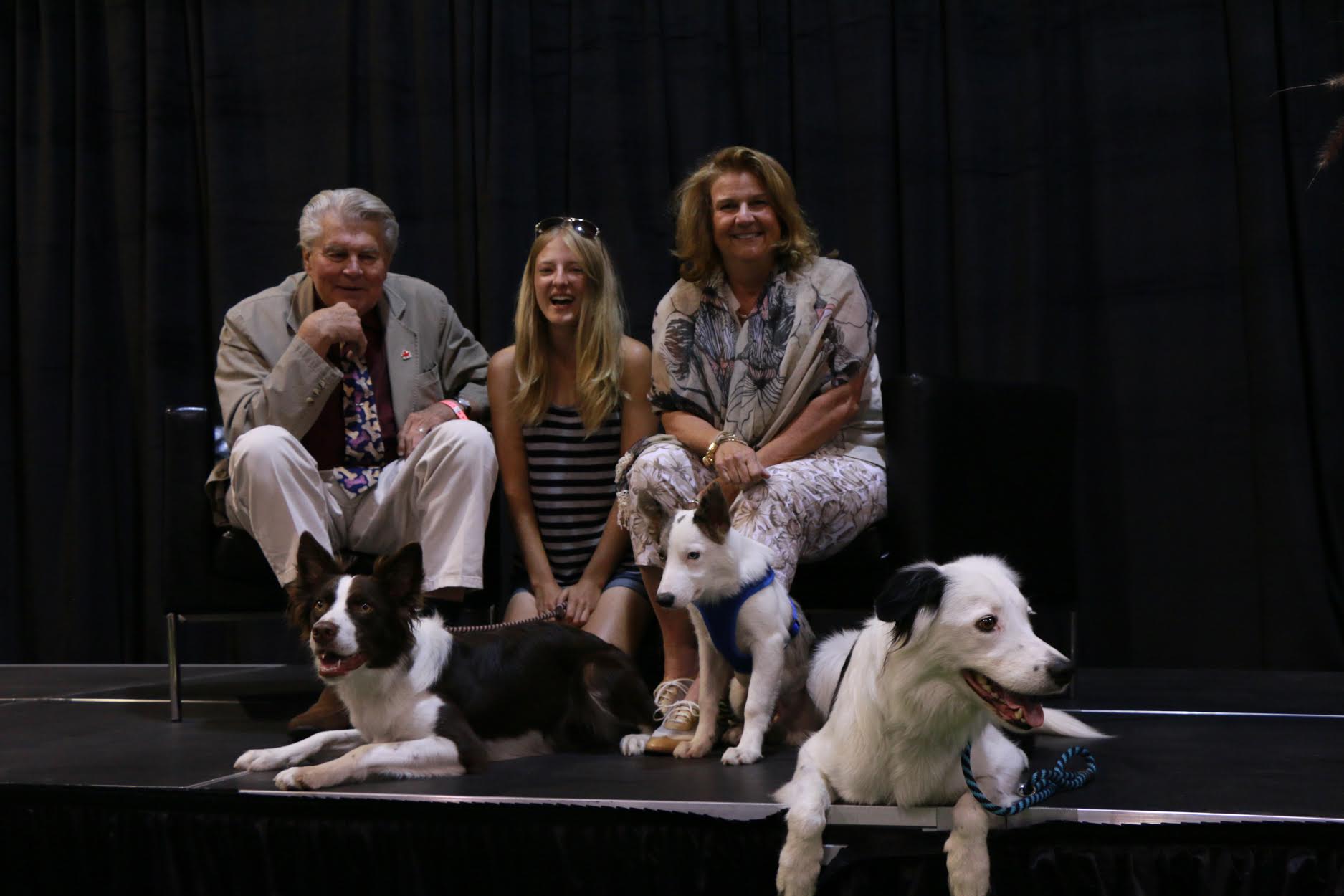