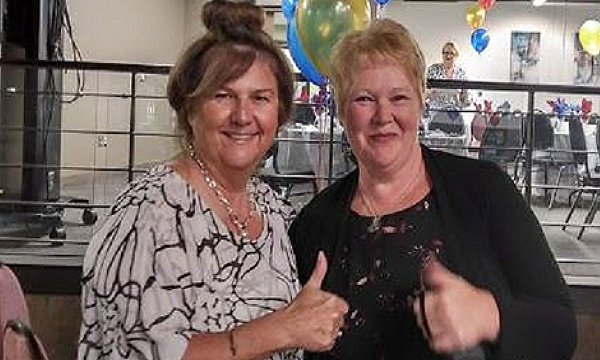 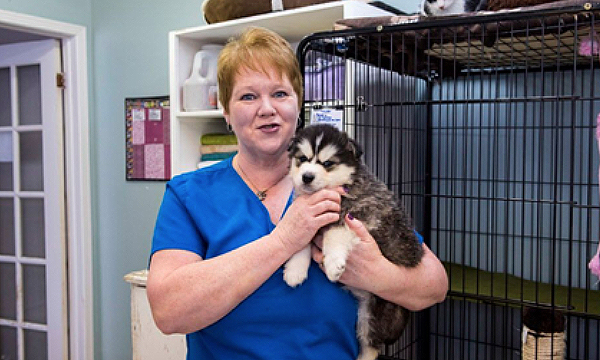 It’s not all glamorous. Reality has a way of bringing you back to your roots. 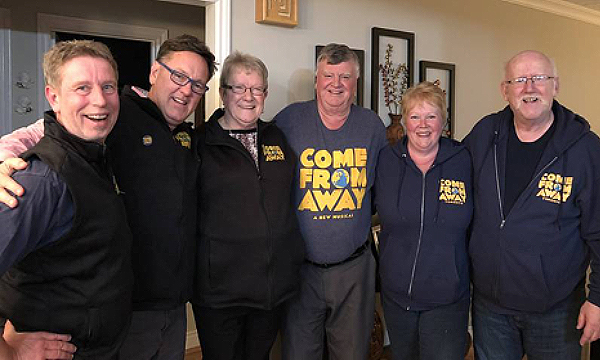 Hospitality abounds in Newfoundland, but all us Canadians new that already.

This SPCA based in St. John’s, NF provides leadership, education and a consistent voice on matters that promote and improve the welfare of animals.  This is accomplished in many ways, including their programs of SNAP (Spay and Neuter), PUP (Preventing Unwanted Pets) and Pet Safekeeping, which offers temporary accommodations for pets of owners who are victims of intimate partner violence.

However, perhaps their most famous contribution of animal welfare is best described in the Broadway musical, “Come From Away”. You may remember this date, Sept. 11, 2001. The United States was reeling over the World Trade Center terrorist attacks and was forced to close its air space. 38 America-bound flights were diverted to Gander, Newfoundland. The town — population 9,651 — dropped everything to host and comfort 6,579 airplane passengers and crew members from all over the world.

Residents invited perfect strangers to sleep in their homes for several days. Previously striking school-bus drivers chauffeured stranded travelers. Pharmacies provided diapers and medication to the passengers, who were allowed to take only their carry-on luggage from the planes. One of these residents was the Manager of the NF SPCA, Bonnie Earle-Harris. She spent the days following 9/11 with a special group of international visitors: nine cats, 11 dogs and a pair of endangered apes. She and some of her staff crawled into the darkened cargo holds of about a dozen planes, comforting and caring for the terrified pets.

There was a pair of Bonobo apes, on their way from Belgium to a zoo in the US, who had their own handler. The female was pregnant, but did lose her baby when she got to her destination.  She later became pregnant again, and her baby was named “Gander”. How apropos.  The other animals, as Bonnie describes, “They [seemed] very stressed and frightened”, plus, “They were thirsty — they had been on the planes for at least 18 hours.”

At first, authorities were loath to allow the animals off the planes, but by the second day, Bonnie and a local vet prevailed, transforming an empty hangar into an ad-hoc menagerie where the animals could stretch and run.

When given accolades, Bonnie just shrugs off the acclaim, and says, “It needed to be done. If it happened tomorrow, we’d do it again.”

I had the pleasure of meeting Bonnie Harris at the 2018 Kitchener/Waterloo SPCA’s Gala.  She stopped in to be a guest speaker at the event, and was then off to NY City for a showing of Come from Away. Which, as we all know depicates the hospitality of the  residences of Gander, plus Bonnie’s act of humanity to the animals.  Funny story about that event, was they were selling raffle tickets for a trip to NYC, including flight, hotel, and back stage passes to see this musical.  I of course bought my share of tickets.

I then proceeded to jokingly say at my table, “Now remember, if anyone gets the trip they have to offer it back and do a live auction for it”.  Well don’t I win, and as I stated, it was then auctioned off for $2500.00. I came out a hero.  I later sent a package for a fundraising event the St.John’s SPCA was having, plus a signed book of my Dad’s to Bonnie’s husband.  I was even more pleased when they applied for a grant for an expansion of their facilities, and we could put $1000.00 towards it.

Watch the real story behind the show at: https://www.youtube.com/watch?v=EXTJo9Miul8

Remember, if you would like us to continue to support organizations like Bonnie’s, please consider donating to us at: https://www.doncherryspetrescue.org/donate/ 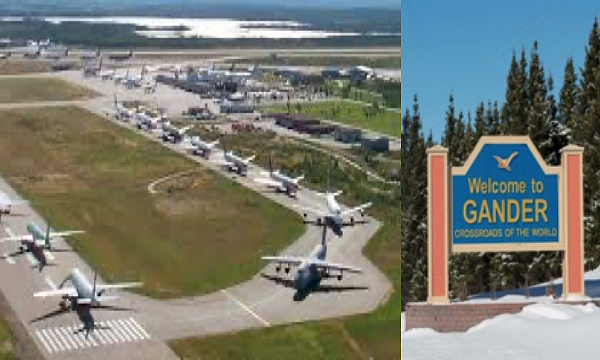 A site never to be seen again at any airport, let alone Gander’s. 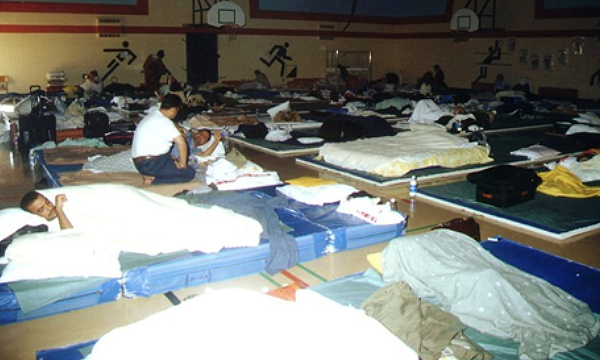 Passengers were only allowed to take their carry-on luggage out of the plane. The rest was provided by residences of Gander.